What Is A Hybrid Solar System?

Hybrid solar systems generate power in the same way as a common grid-tie solar system but use special hybrid inverters and batteries to store energy for later use. This ability to store energy enables most hybrid systems to also operate as a backup power supply during a blackout, similar to a UPS system.

Traditionally the term hybrid referred to two generation sources such as wind and solar, but in the solar world, the term 'hybrid' refers to a system which uses a combination of solar and batteries that can interact with the electricity grid. 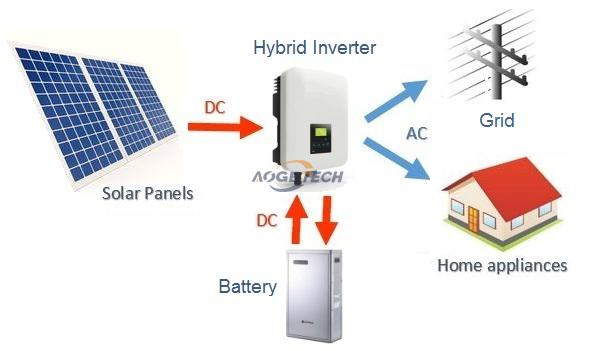